suffering outside the box 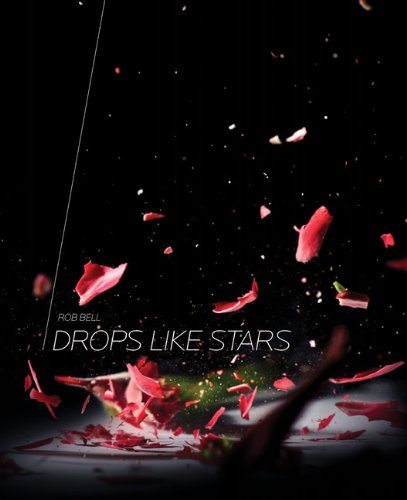 i read rob bell’s latest book last night “drops like stars”.  the book was written in typical rob bell form – poetic, blank pages and of course, thought provoking.  there was one point that bell made – that perhaps in our efforts to “think outside the box”, we have created a new box.

interesting that in many context, church and secular, people suggest the need to think outside the box to change the context in which we are thinking or planning.  that seems to be one of the first statements when people are wanting to reach a new generation.  are we still thinking outside the box or thinking in a new box?

bell also makes the correlation between suffering and building community.  obviously we can all identify with suffering, in some form.  he shares the illustration that almost everyone could identify with the suffering of cancer.  cancer has not confined to race, economic, social or geographic backgrounds.

i read the book in a little over an hour, but i was also watching a movie.

review: jesus wants to save christians

i just finished re-reading rob bell’s book – jesus wants to save christians.  i started rereading it late last week and finished it while flying across the country last night.

my second read of it was probably enlightening than the first.  i found myself re-examining my own perceptions and desires of what i thought (or wanted) church to be.  i’ve been reminded frequently as of late how the church often gets caught up in the “consumer” mentality of our culture.  i had lunch recently with someone where i heard as clear as day, that our primary means for doing church is about what makes us comfortable.  i wish i could say that i was exaggerating this, but the same sentence was repeated over and over.  many of churches are ignoring jesus’ plea to clothe the naked and feed the hungry – because it makes us uncomfortable.

i’m not sure that jesus ever wanted us to be “comfortable.”

maybe that’s what he means when he says, “do this in remembrance of me.”  the “do this” part is our lives.  opening ourselves up to the mystery of resurrection, open for the liberation of others, allowing our bodies to be broken and our blood to be poured, discovering our eucharist.  listening.  and going.

because when we do this in remembrance of him,

the world will never be the same;

we will never be the same.

now that is a manifesto.

‘jesus wants to save christians’, pg 181

“why we’re not emergent…”

i just came across this yet-to-be released book, but is one that will be on the reading list for next year.

“why we’re not emergent (by two guys who should be)”

the emergent church is a strong voice in today’s christian community. and they’re talking about good things: caring for the poor, peace for all men, loving Jesus. they’re doing church a new way, not content to fit the mold. again, all good. but there’s more to the movement than that. much more.

kevin and ted are two guys who, demographically, should be all over this movement. but they’re not. and why we’re not emergent gives you the solid reasons why. from both a theological and an on-the-street perspective, kevin and ted diagnose the emerging church. they pull apart interviews, articles, books, and blogs, helping you see for yourself what it’s all about.

After I handed over my registration fee for the Church Army National Conference, they gave me a book.  My first thought was: "What?!?!  Homework?!?"  Turns out that it was a book that Bruce was given, he really liked it and thought we should have it too.

"The End of Religion" by Bruxy Cavey was an easy read (I read it on the plane between Toronto and Saskatoon on my way back).  I really enjoyed reading it because Cavey outlines that the purpose of Christianity is not be a dull/boring religious institution.  He reminds and calls us back to a personal relationship with Jesus.

Jesus called us into a rule-free spirituality, which is very difficult for religious people to fathom.  Certainly, rule-less spirituality is only a constructive way to live if love is the guiding dynamic of our lives, and that is key to Jesus’ message.  Simply remove rules and you are left with anarchy (see 1 John 3:4).  Transcend rules with love, and you are beginning to live like Jesus. (Cavey, pg 48)

I love that last line.  I know that I’ve mentioned this before, that I often struggle with the church’s appearance to the outside world.  I am convinced that we often get so caught up in rules, regulations and legalities that we forget our true purpose and calling; and this has caused many people to reject and turn away from the church and most importantly, Jesus.  To those who don’t think the Christian faith has become an irrelevant system, and want to join a Christian community, many don’t because they believe that they must meet a certain criteria before they can.  They need to have their lives in order; a successful career to give money to the church; and be of a prominent stature in the community.  This simply isn’t not true.  And none of those things make us Christian either.

We’re screwed up!  We have faults!  We have issues and problems in our lives that we are struggling through all the time.  "The Church is the only organization that exists for those who are not yet its members." (Archbishop William Temple)

A Christ-follower acknowledges that going to church doesn’t make you a Christian any more than walking in the woods makes you a tree.  And once that is understood and embraced, a church community can become more of a "come-as-you-are party" than a religious obligation; a celebration of the life we’re given, not a religious attempt to attain that life.  (Cavey, pg 111)

Pick up the book…its a great refresher!  "The End of Religion" is published by AGORAimprints, click here to order a copy.  Bruxy Cavey is the Teaching Pastor at The Meeting House in Toronto.